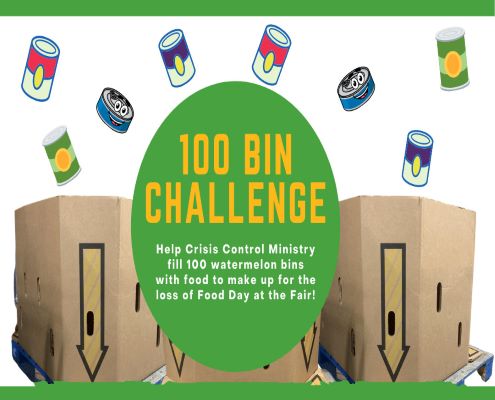 This year the Crisis Control Ministries stands to lose 100 bins of food because Food Day at the Fair has been canceled. But, UUFWS members and friends can help by bringing non-perishable foods to the Fellowship between September 26 and October 11 as part of the 100 Bin Challenge. Place your donations in the bin at the front door and they will be delivered to CCM. If you would like to donate money, please go to https://www.crisiscontrol.org/ways-to-give/financial-donation.html, indicate your donation is to the 100 Bin Challenge and put UUFWS in the comments section. If you have questions, please contact Diane at harneydm@gmail or 253.475.4475. 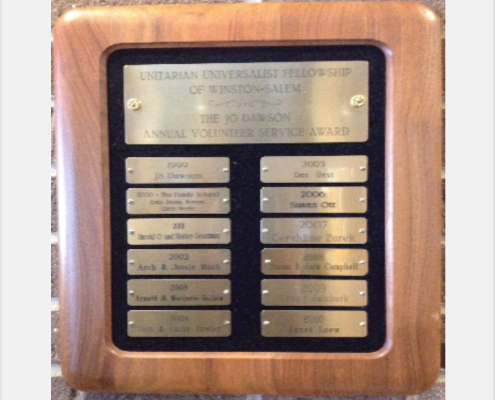 Traditionally, each May we honor a person, couple, or family who has made significant contributions in time and talent to the Fellowship. This spring, the Board decided to postpone this annual event because we hoped to be able to gather together safely later in 2020.

Though our building has been closed for most of 2020, the Fellowship remains active and vibrant! Nominations are now open!

We, the Jo Dawson Service Award Team, will select the recipient(s) from nominations received from you, the members. The deadline for nominations is Sunday, October 11. Nomination forms and details are available online using this form.

Nominees should…
be members, supporters, or associate members in good standing;
demonstrate a history of engagement in a variety of activities that contribute to congregational life;
reflect a commitment to the seven principles and be in covenant with the Fellowship mission and vision statements.

Mission Statement: To foster spiritual growth, care for each other, protect and preserve the earth, and work for peace and justice.

Nominees may be individuals, couples, or families but may not be previous recipients of the award.

We welcome your nominations between now and Sunday, October 11! 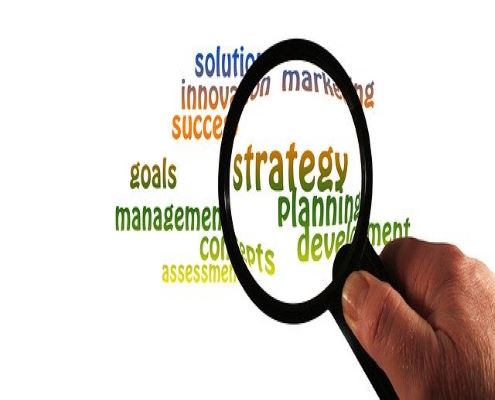 “Building Our Future”.  Why is this important? How do we accomplish this? You will soon be hearing more about this important topic. The Stewardship Committee will be beginning our Annual Fund Drive soon, so we are inviting you to contemplate these questions from your own personal perspective. In addition, you’ll soon be invited to a Zoom meeting with a small group of your fellow UU’s to hear more from Reverend Ed about why “Building Our Future” is important and how we can all participate. We acknowledge this has been a tough year, but we will get through this together. We need each other and the Fellowship needs YOU, more than ever. The meetings will be held during the week of October 18, 2020. Stay tuned, and be on the lookout for your emailed Zoom invitation soon!
The Stewardship Committee
Ann Roberts, Chair 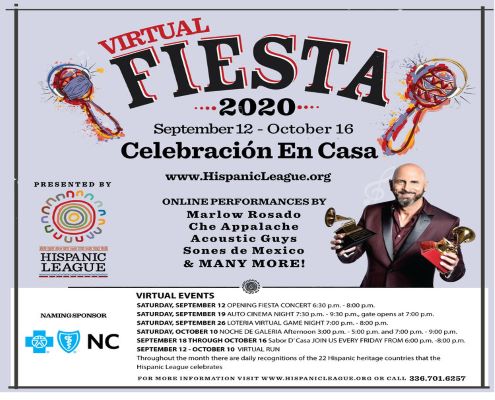 The Hispanic League (of Winston-Salem) will be the UUFWS Share the Plate recipient for September.

The Hispanic League (HL) of W.S. greatly improves the Winston-Salem community through ambitious multicultural offerings, and strong, vital support for our Hispanic neighbors. This will be the 28th year of the Hispanic League’s Fiesta, which, this year must be virtual, during much of September, with the opening highlighted day being Sept 12. For decades, the HL has continuously strengthened its Hispanic Middle School Achiever’s program, which gives role models, structure and discipline to many students. Since 2000, the HL has awarded 490+ well-deserving local Hispanic students with, cumulatively, over one million in higher education scholarships. The HL, working with their community partners, provide essential services, such as community ID cards (accepted by banks, police, etc), free health drives, and vital informational sessions.

UUFWS members over the past several years have strongly supported the CropHungerWalk of W-S (Forsyth County).

Our city’s walk is part of an international CropHungerWalk movement that combats hunger, locally, nationwide and throughout the world.

For W-S, our W.S. Crisis Control is again spearheading the organization of the event locally.  (uufws) SAC strongly endorses this event and a member of SAC has already set up our CropHunger Walk of W-S site, within the Forsyth County Crop Walk site.  There is  great information about the CropHungerWalk in Forsyth County at the website:  http://www.cropwalkforsyth.org/

Whether you walk or not, The URL to donate towards the uufws contribution to  CropHungerWalk is:

The walk(s) will be VIRTUAL in that a walker can walk individually , or can gather a small group, and with social  distancing can walk – for whatever distance is desired.

Please share this information with others.  For more information, feel free to contact Jim Norris at:  norris@wfu.edu  or  336.480.8172. 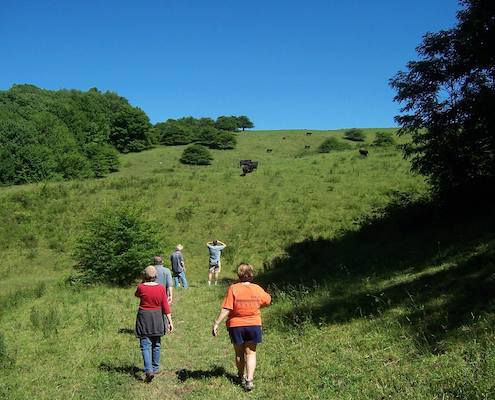 Let’s get outside to enjoy nature this fall. Join us for a hike, bike or birding trip. Safety measures taken to reduce the COVID risks. Masks and appropriate social distancing required. If you have questions, please contact the trip leader or email eco@uufws.org. View the list of trips here –> https://www.signupgenius.com/go/4090f48a8ac28a0f58-ecosolutions 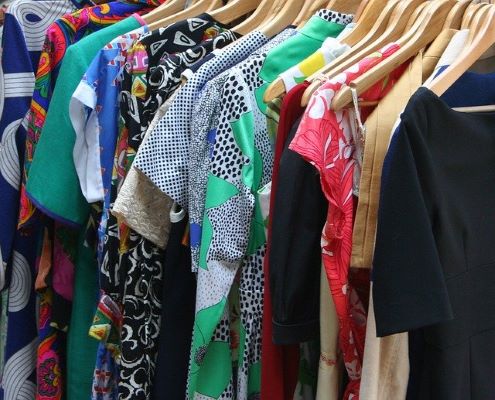 The Clothes Closet is still not accepting donations due to the accumulation of your previously donated items.We remain closed due to the pandemic but we are distributing clothes to the community.This month we are donating to the Salvation Army’s homeless shelter. 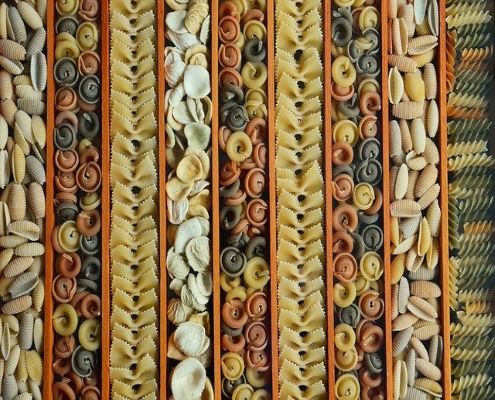 Please Help. Every Dollar Counts.
Crisis Control depends on your generosity to provide the financial support needed to help families in crisis. In the last fiscal year, Crisis Control received support from individuals (58%), churches and congregations (14%), corporate partners (14%), and foundations (14%). Your gifts make a tremendous difference within our local community and, as always, are 100% tax-deductible.
Your donation allows people in crisis to meet their essential life needs: medicine; food; housing payments; and utility bills.

Mail Your Donation
If you would like to mail in a financial donation to our office, please send your payment to Crisis Control Ministry, 200 East Tenth Street, Winston-Salem, NC 27101.
Donate via Venmo
You can now make a financial contribution to Crisis Control Ministry through your Venmo account. Search @CrisisControlMinistry in your Venmo app.
In addition, we accept food, personal hygiene items, medication, and vehicles. The food item for September is Pasta.

Crisis Control is currently open at both locations. For the foreseeable future and for the safety of our clients and staff, our hours of operation are 9 AM- 12 PM. We apologize for this inconvenience.
To make a gift of stock, please contact our Philanthropy Department for transfer information at 336.724.7875 ext. 1041 or at give@crisiscontrol.org. 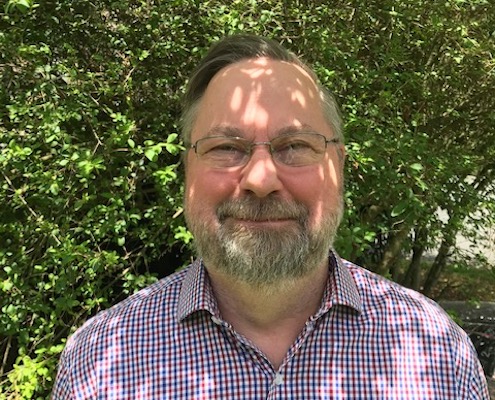 Dear Members and Friends of UUFWS:

I am delighted to begin my work with you as Interim Minister. In my first two sermons, I talked about my background, why I am here, and what I will be trying to accomplish as your Interim Minister. You can listen to my sermons here on the website, and you can view them at the YouTube links below.

My intention is to connect with each and every one of you in the coming months. During these meetings, I will talk briefly about my work at the Winston-Salem Fellowship and invite anyone present to ask me any question they would like. I am available at the following e-mail address: minister@uufws.org. You may contact me at this e-mail for any reason. I would be happy to speak by phone or set up a zoom meeting.

I am excited to be working with the Winston-Salem Fellowship and look forward to getting to know you much better in the days and weeks ahead. 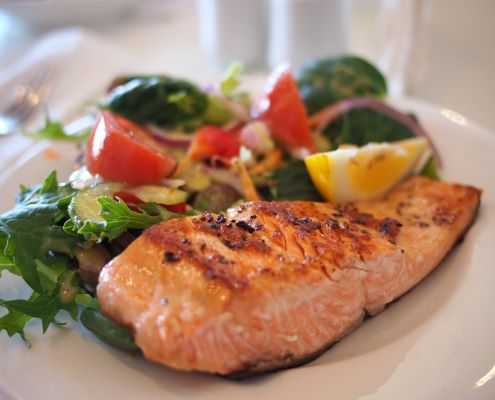 Hey everyone! Are you salivating yet, thinking about this salmon dinner which will be in our auction? We’re looking forward to see what you donate! We are creating such a fun event for all of us – no pandemic gonna get us down! Please click HERE  to tell us what you can donate.

There will be two components to this year’s auction:
– August 20-30 – online bidding for Silent Auction and Fixed Price offerings
– August 29 – a “Live” Auction night via Zoom

Throughout the Auction, there will be fun contests and raffles. The Auction Team will keep you posted on the website, on Facebook, and via emails. So stay tuned! Questions? Contact auction@uufws.org.

Virtual
View all Events at this Room/Location
Scroll to top